And to think, this was the EASY part....

Okay, since several people have asked "Just what the hell happened to you and the whole hospital thing?" here is the saga…..it’s long, but trust me it felt longer while I was laying there. (That’s what she said) (sorry I couldn’t help myself.) Today is just the first part, because, seriously, it is a SAGA. And if you get queasy easily, you might want to skip it. It ain't pretty.

I was scheduled to have a hysterectomy. Yes, I am only 40 but I have had tons of issues that are certainly more than most of you want to know so I won’t bore you with all of them. The biggest reason was that my CA-125 blood test (which is one of the markers for ovarian cancer, you know, what my mother had me totally freaked out about) had come back as above normal more than once. My GYN (Dr L) didn’t think it was “cancer high” but enough that we should probably take a look around in there and given my other issues, if he was going to “be in there” we might as well take it all out. Honestly, I was fine with removing the baby factory. After my last pregnancy and the ridiculous crap that accompanied it, I am done. D.O.N.E. And I was tired of all the girl stuff every month. So YAY! Fire sale: everything must go!

(to be continued this weekend, I promise. Probably)
FINALLY, part 2
Posted by buffi at 2:43 PM 8 comments:

Email ThisBlogThis!Share to TwitterShare to FacebookShare to Pinterest
Labels: counting my blessings, my (questionable) health, perspective, stuff nobody really cares about, the hysterectomy saga, whining.

Phrases I rarely use in conversation with adults....It's been a while...

It has been ages since I chronicled the ridiculous things that come out of my mouth while parenting. There are things that I never even imagined I would say. If you're feeling nostalgic, you can look waaaay back here to see other times I have pondered the utterings of a befuddled mom...
**One day Bug piddled around and couldn't find two matching shoes. So he wore the right shoe of one pair and the left shoe of another. He's never had trouble finding his shoes since....
Posted by buffi at 6:15 PM 3 comments: 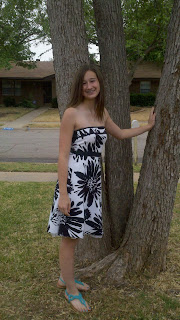 Why am I telling you all of this? I have no idea. I've just been overcome with how remarkable this sweet, amazing girl is. Through all of the turmoil of the past couple of years, she has kept her composure better than I. And she has been an amazing example to all of us. Is she going to therapy? Oh, yes. Nobody, especially someone 14, can deal with all she has dealt with and not need an outlet. But she's fine with that too, and acknowledges how much it's been helping her. And she talks to me. That is so amazing to me. She talks to me and she likes me. She tells me so, unsolicited. And her friends do too. Because they are awesome. Also, she does do the moody, eye-rolling, heavy sigh, slamming of the door thing. But when I step back, I am so grateful because it just reassures me that she is a REAL teenager and not some teen-bot.
So, I'm sorry for gushing. It's not even her birthday. But I am so thankful to God for this perfect child. There will never be enough words to thank Him for my Angel Girl. I wouldn't want to navigate this world without her. She's fantastic. For real. Please don't let me screw her up!
Posted by buffi at 12:58 AM 3 comments: